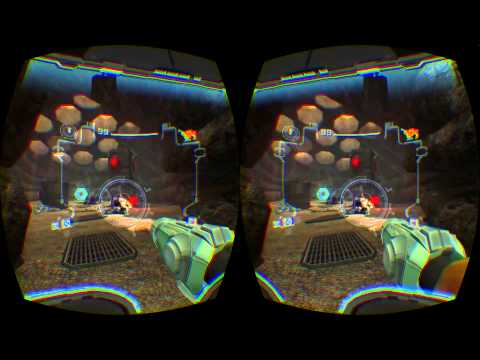 The team behind Dolphin, the massive emulation program which has taken the world by storm over the last few years, have just released version 5.0 of their software, and with it has come the updated version of Dolphin VR. With games like Metroid Prime being supported natively with the software, the prospect of virtual reality is starting to become more and more appealing to gamers across all platforms.

A large issue that many consumers have with VR in it’s current form is the lack of games supported on the platform. Since the consumer headsets are still so new, developers have not had time to write games specifically targeted at virtual reality experiences. This is where Dolphin comes in to save the day. With support for new Oculus and Vive drivers as well as head tracking capabilities, users can now play their favorite classic experiences in a whole new way.

One such game which Dolphin VR is pushing extremely heavily is Metroid Prime. Parading around space with nothing but two arm cannons, the title seems like it was almost crafted for virtual reality. With the new 5.0 update, users now have the ability to look around their surroundings as well as control their blaster cannons with HTC’s Vive remotes or Oculus’ upcoming touch controllers. The update also includes a number of graphical and texture improvement options that can help make the game look as much like the original as possible, and also helps to enhance the graphics should the user have hardware that can take advantage.

If you’re interested in how you can get this up and running yourself, you can check out this Reddit thread for more information. Vive support is a little more straightforward, but If you simply want to get up and start blasting Metroids with your Rift, follow these steps the author has posted in the thread, or check out the dedicated Oculus Forum support page:

There are definitely a number of other classic games that will be utilizing virtual reality in the near future. Though popular Gamecube games like Super Smash Bothers: Melee may have a harder time adopting the platform, we’re confident that someone in the community will throw together a playable version. What games do you want to see supported?