Fruit Ninja VR arrives to the HTC Vive, coming to other platforms later 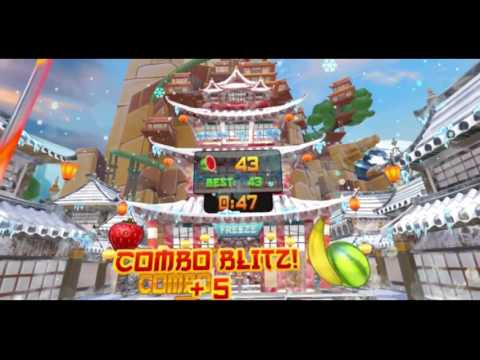 We first learned that the fruit slicing classic was making its way into the realm of VR back in June, but now Fruit Ninja VR has finally arrived, at least for Vive owners.

The HTC Vive is certainly a natural fit for this adaptation, letting you use the Vive’s motion controllers to yield the swords in a way that feels more natural that you’d find on the mobile version. For those that have played the Kinect release however, we imagine the VR iteration will feel quite similar. The modes within the game are also pretty much the same as you’d get with the mobile version.

For those on other VR platforms, don’t despair, the Vive won’t be the only platform with support for the game. The Oculus Rift is expected to get support “soon”, though Halfbrick is most likely waiting for the Rift’s motion controllers to launch. Google’s Daydream and the PlayStation VR (both of which have motion controller support) are also expected to get the game when they launch later this year.

The current release is a Steam “early access” title, meaning it still has only a limited amount of content ready, though it will continue to get updates in the weeks and months to come. At the very least, we’d expect the final version to be ready in time for the respective launches of the PSVR and Daydream platforms.