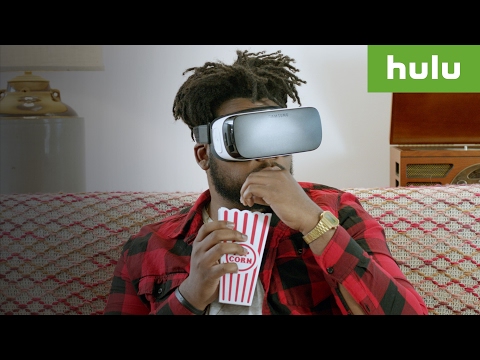 Oculus Rooms allows for Facebook friends to hang out with one another in virtual spaces, playing games like poker and other small minigames. You can also travel to various locations around the world together, which offers a pretty unique experience. The concept is great, as it allows a new kind of interaction than many people would not be able to achieve in regular reality, and now Hulu is adding its own support for Oculus Rooms so that friends can watch TV together in virtual reality.

This concept is pretty great, as often friends from long distances will attempt to watch TV shows and movies together on the internet, but the difference in internet speeds and exact pause/play times makes it difficult to sync the video up correctly. With Hulu in Oculus VR, all participants will be able to watch the content on a virtual 2D screen, while paid subscribers can take full advantage of Hulu’s 360 degree content.

You don’t have to have an Oculus Rift to take advantage of the service either. The app will still work with Samsung’s Gear VR technology, and you can even experience cross-platform interaction with your friends with different headsets. If you do have an Oculus Rift with Oculus Touch controllers however, you’ll be able to play around with the environment while waiting for the show to start.