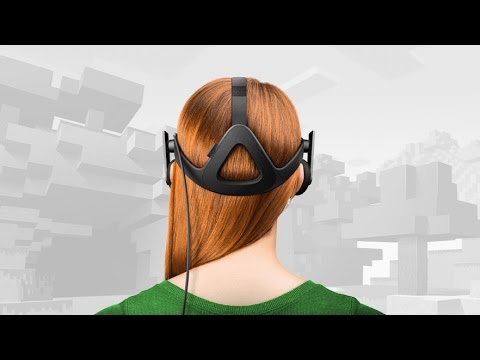 Minecraft has remained one of the most popular games in the world since it first launched in 2009. With almost a million daily active users, communities have risen from the title that have sustained the test of time, building incredible friendships and contraptions along the way. Though there have been a number of large patch updates over the years that have dramatically increased the level of content available, the way in which users play the game has remained roughly the same. With virtual reality changing the way players interact with new games and experiences however, the developers thought it was time they took the title to the next level. Now, players can officially experience their wildest minecraftian dreams in glorious virtual reality using the a variety of virtual reality headsets.

Players that are already taking part in the Windows 10 edition beta will receive the virtual reality version of the game for free, while others will have to pay $10 for the new version. If you had already purchased the title on PC or Mac however, you will have the opportunity to opt into the Window 10 Beta for free, therefore securing you a copy of the virtual reality edition of the game. The virtual reality update to the title makes the game completely cross-platform as well, meaning users are able to play with one another using almost any console or headset, including The Samsung Gear VR, Oculus Rift, Windows 10, Android, and iOS.

Although the developers have said that users love playing the game using an Oculus Rift and XBOX controller, they are planning on updating the title to support the Oculus Touch motion controllers when they are released later this year.

We think Minecraft on Rift is a powerful VR experience that will be even better when Touch support is added for free later this year. We can’t wait to see what players do with a new perspective on this sandbox game.

We would have to agree with them. While being able to look around your environment is a great experience in itself, the ability to use your hands to mine for minerals in the game adds a whole new level of immersion that can only be experienced with the swing of your arm. Hitting rocks with an invisible axe would get pretty tiring after a bit however, so we’re sure Mojang will have figured out a way to maintain immersion while making the act less stressful on a user’s body.

Are you planning on picking up the virtual reality update? Minecraft seems to be a game that could be extremely immersive in VR, and already has a huge community of users we’re sure would be willing to contribute to the development of the title on the new platform.

Let us know your thoughts.