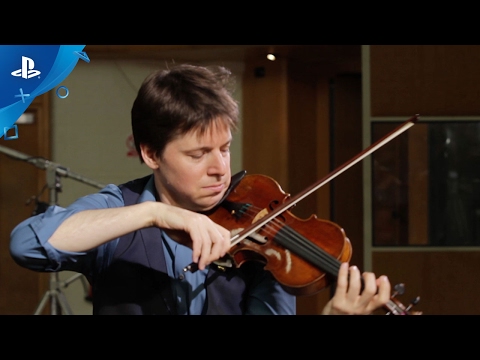 When we think of 360 degree video, we usually consider immersive experiences that allow the users to look around a space and see new things at every degree. While this can be quite an interesting and immersive viewing for the user, they don’t really get to interact with the video like they would in a game. This is purely a visual experience, or at least it was, as Sony has just announced a new 360 degree music video which you can freely wander around in.

The company recruited violinist Joshua Bell to record a studio session using Sony FDR-X1000V action cameras, which was then rendered in full 3D space. Because the surroundings were turned completely virtual, it means the viewer can walk around during the studio session to check out any of the individual components of the show.

In a situation like this, accurate audio is obviously going to be just as important as video. Sony used special microphones placed throughout the studio to track where you are in the virtual space and adjust what you hear accordingly.

The company says this is just the first venture they have taken the technology to, and they are eventually looking to expand it to cover sporting events, live music shows, and more in the future.

If you have a PSVR, you can experience the event yourself for free.

Let us know what you think!

‘Psychonauts in the Rhombus of Ruin’ launches for PSVR February 21st