Welcome to our July VR Source Monthly, an overview of the biggest VR technology news and reviews of the last month in the industry. In addition to rounding up all the best news, we also tie it in with a great giveaway each month.

I hope you enjoy some of our favorite news and announcements from June 2016, and when you get through reading, be sure to sign up for your chance to win a Samsung Gear 360!

Without a doubt, the biggest news in the VR industry last month emerged from E3 2016. VR Source was on the floor in full force and while we didn’t get to see everything, we went hands on with a number of PlayStation VR games including Farpoint, Battle Zone, and Here They Lie. We also were able to check out some great HTC Vive and Oculus Rift games like Star Trek: Bridge Crew and Narcosis. Finally, the team even played around with some lesser known hardware like the OSVR HDK2 and the Pico Neo. 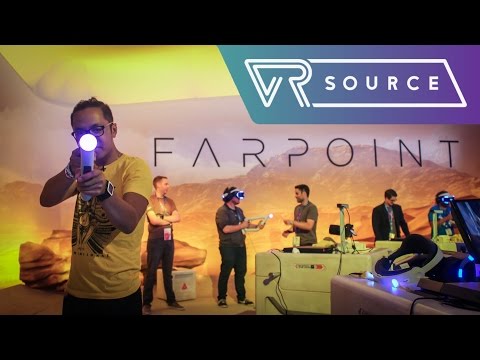 We had the opportunity to check Farpoint during E3, and we liked what we saw. Farpoint is a sci-fi first person shooter set on a remote alien planet that’s home to hostile creatures. While we were told that the final release will have a full narrative, the demo itself simply dropped you into a few different environments to get you a feel for the gameplay. In addition to being a cool game in and of itself, Farpoint also has the distinction of being the first game announced that utilizes the new PSVR Aim – a gun controller designed for a more immersive VR experience. 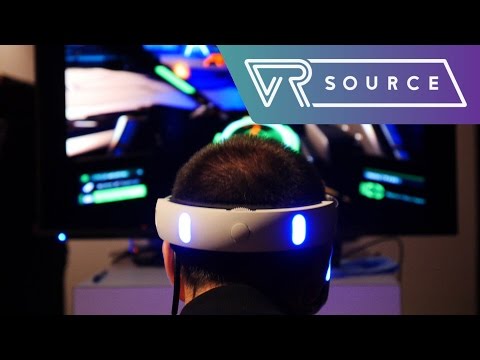 Both myself and Josh Vergara where able to check out Battle Zone during E3 2016 and we had a fun time with it. A VR revisioning of the arcade classic, Battle Zone doesn’t focus on high-end graphics or fancy features, but instead is a frantic, fast-paced VR arcade game that we couldn’t help but love. Using a standard PS4 controller, the game might not do anything revolutionary with VR but that doesn’t make it any less enjoyable.

Here They Lie hands on 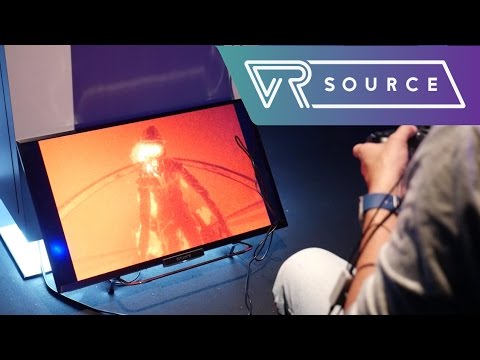 Stopping by the Sony Playstation booth during E3 2016, we managed to get a sneak peek at this upcoming horror title for the Playstation VR. While it can possibly stand up well in 2D, bringing it to virtual reality presents gamers with a whole new level of terror. Visually, the graphics in this game are pretty sharp, relying on a moody atmosphere that makes you feel like you’re in a nightmarish world.

Combining heavy use of shadows produced by the flashlight, which can also be manipulated by moving the Dualshock 4 controller, and the monotone colors that paint this nightmarish world, the game definitely delivers an immersive experience that makes us proceed with caution. 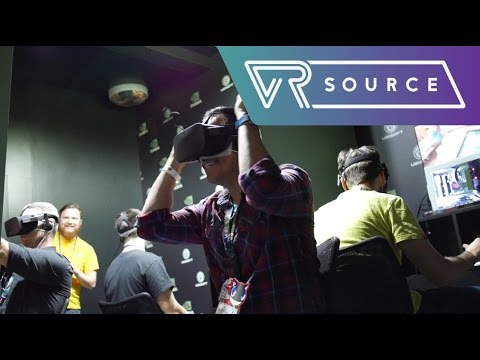 “Where No Man Has Gone Before” – that was the name of the second episode ever of Star Trek (the original series), and a slogan that’s been closely associated with the series ever since. With Bridge Crew, you really can go where no man (or woman) has ever gone before: right onboard a starship, the USS Aegis to be specific. While it’s no enterprise, the experience inside is very similar to what you’ve seen from the series over the year and for the Star Trek fans, this game is without a doubt one of the most epic VR experiences to date. 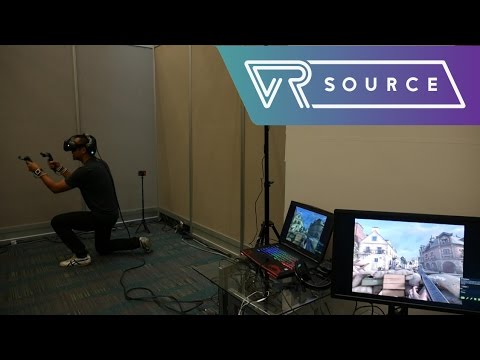 Okay, Front Defense wasn’t new at E3. That said, it was the first time many of us were able to check it out, and we all really enjoyed what we saw. Made in-house by HTC employees, Front Defense really showcases the Vive in a way that no other title has to date. Taking on the role of a soldier hunkered down near sandbags, this frantic arcade-style shooter offers a pretty immersive experience that has you pulling the pin off grenades with your teeth and chucking them at the enemy. You’re also frantically throwing off an empty clip, jamming in a new one, and attempting to stay alive as the onslaught of enemies continues. 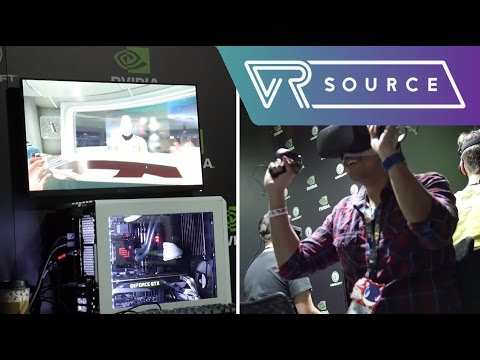 Those are some of our favorite things we checked out personally at E3 2016, but it’s far from all the news. Here’s some of the other E3 2016 announcements we personally had hands on time with:

There were also a few big announcements we weren’t able to check out personally:

You can find even more of our great E3 2016 news and hands on coverage here.

A Drone that does 360 recording? 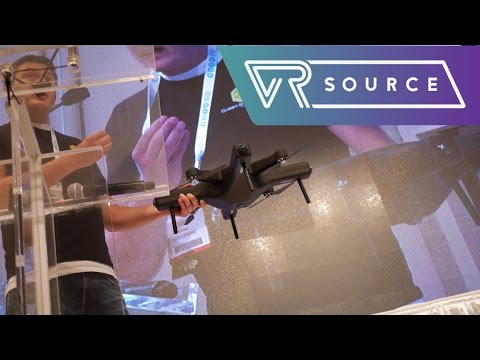 Drones are exciting, VR is exciting — but a combination? Nothing short of epic. During CE Week 2016 in New York City, we managed to get our first look at the EXO360, a unique looking VR-recording drone. While we didn’t get to see it in action, we certainly were impressed by the promise of the technology at work here, though it doesn’t come cheap, as you’d expect — with pricing set around $1400.

Hands on with The Assembly 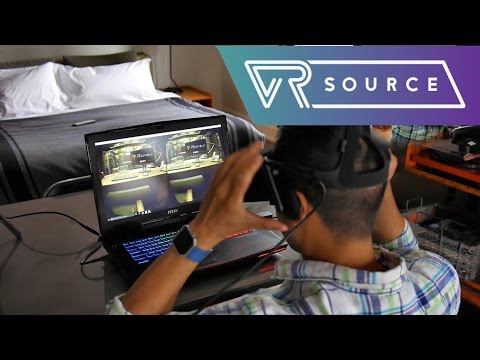 E3 may be over, but that doesn’t mean we rest on our laurels. In addition to checking out some cool VR tech announcements at CE Week, we also stopped by for a chat with developer nDreams, where John was able to get a look at The Assembly. Not arriving until later this month, the game shows a lot of promise, and John was able to play it for nearly a full hour! Check out the video and the post link below for his impressions of the experience.

Read more: The Assembly hands on Right after Oculus announced a big sale for both the Gear VR and Rift’s library of titles, Steam also rolled out their traditional summer sale, and for the first time this include a number of VR titles too.

We formally review the Oculus Rift 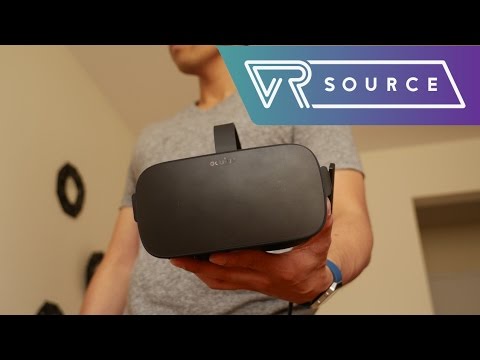 The Oculus Rift has been on the market for a bit now, but we wanted to wait a while to see how the ecosystem evolved before passing judgment. Be sure to check out our full review!

Who you gonna call? 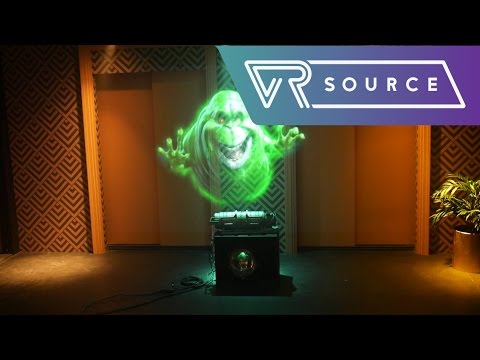 For any of those Ghostbusters fans out there, they’ll get a kick at the new Ghostbusters: Dimension experience over at Madame Tussauds New York. In this one-of-a-kind experience, you get to experience what it’s like being a member of the Ghostbusters team, and of course John Velasco went and checked it out in order to bring you his impressions of the experience.

VR Source is very new, but as you can tell by the amount of content we covered in June alone, we are very dedicated to bringing you the first best news. In July we expect to have the full review of the HTC Vive, which John has had in his possession for a while now. I’ll also be getting my own Vive this month, which will allow us to ramp up our games and guides coverage. You can also expect us to continue to check out all the coolest VR-related announcements, there will be some 360 camera hands ons, and much more.

We’re really excited to be here and are looking forward to becoming your source for reliable VR news, guides, game reviews, and all kinds of reality.

We want to start by congratulating the winners of our previous giveaway for the Oculus Rift, Freedom F. (UK). This month we’re giving away the Samsung Gear 360, one of the best entry-level 360 cameras on the market right now.

The Gear 360 offers up two 15MP cameras, each with an 180-degree f/2.0 lens, which combines to create 360-degree videos up to a resolution of 3,840 x 1,920 pixels, and 360-degree images up to 25.9 megapixels. At the end of the day, the Gear 360 exceeds in looking sharp aesthetically while providing a 360 camera that’s easy to use for amateurs looking to jump into the world of 360-degree image and video capture.