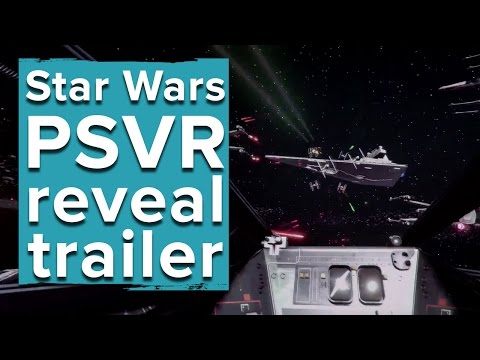 Considering its late start compared to the HTC Vive and Oculus Rift, Sony has some catching up to do. Wowing gamers and leaping ahead in a hurry is certainly possible, but it comes down to the quality of the games themselves. And luckily, Sony seems set there. At E3 2016 we learned that DICE has returned to the Star Wars: Battlefront world with an all-new experience called Star Wars: Battlefront X-Wing VR Mission.

See also – Playstation VR: Everything you need to know

The too-short trailer brings us inside the cockpit of an X-Wing as the spacecraft swings around to face the incredibly detailed battle. A mighty Star Destroyer sits higher up, and a fleet of enemy forces are firing upon you and your allies.

Criterion, one of the co-producers, said in the Sony press release that they have a lot of experience with putting players in the driver’s seat, and that their long experience with series such as Burnout and Need for Speed has carried over the new game. They have promised that the game’s environment will instill awe in players, as we take on ships many times our size, or even meet a hail of laser fire.