Visitors to Disney World in Orlando, Florida and Disneyland in Anaheim, California will soon be able to enter the Star Wars universe in a new virtual reality experience. Lucasfilm and its ILMxLAB division have teamed up with The Void, which creates full body VR technology, to launch Star Wars: Secrets of the Empire at those two locations in the near future, just in time for the release of Star Wars: The Last Jedi in theaters. 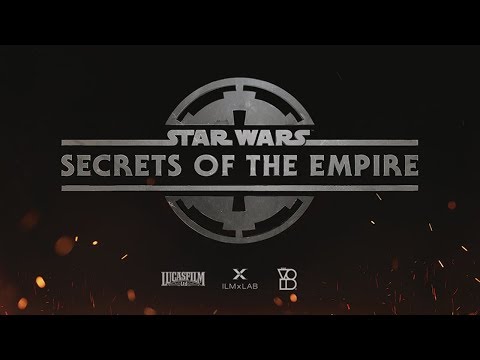 The experience will let teams of four people use The Void’s VR tech become secret agents for the Rebellion. Those people will be disguised as Imperial Stormtroopers for a mission at the lava planet of Mustafar, best known as the location for the fateful lightsaber battle between Anakin Skywalker and Obi-Wan Kenobi in Episode III: Revenge of the Sith. In this case, the four players will solve puzzles, fire blasters and fight against Imperial forces and even giant lava monsters while trying to successfully complete their mission. You will get some help from K-2SO, the reprogrammed Imperial droid featured in Rogue One: A Star Wars Story.

Star Wars: Secrets of the Empire goes live first at Walt Disney World Resort in Orlando on December 16 and later will be available at the Disneyland Resort in Anaheim on January 5. Tickets for the experience are now available online for $29.95 per person. You don’t need to have tickets for Disney World or Disneyland to go to the Secrets of the Empire experience.