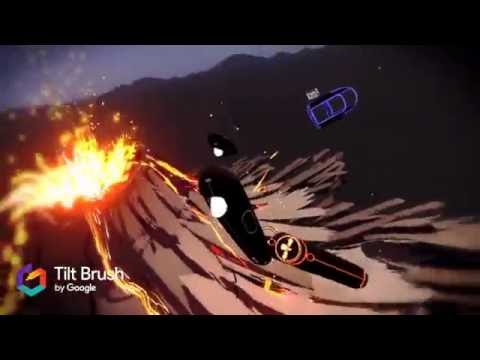 Tilt Brush was one of the first HTC Vive games I ever played, and from the moment I touched the controller, I knew I was in love.

The ability to paint something so naturally in a 3D space and circle around your masterpiece is something that has not been replicated by any other game I have ever played, and still gives me that “wow” factor every time I launch it. The development team has been hard at work ever since launch, adding things like music-reactive paints which can completely change the way you think about art. Now, the team has introduced something which no one was really expecting, but hell if we aren’t glad they did.

The team has just introduced multiplayer into the title, and it has completely revolutionized the experience once again. With multiplayer, artists can help one another create the monumental piece they could never have created on their own. By adding additional players, work can be done up to 4x faster, meaning that full scale model of an AT-AT you’ve always wanted to create could finally come to fruition.

In a short video released by Google, the team showed off an example of using multiple players to paint an erupting volcano. Each player added their own streams lava flowing out of earth, which was completed much, much faster than if only one person had been working on it. The game also shows each player’s name hovering above a floating representation of their headset, so that others can distinguish who is painting what.

Beyond working on collaborative pieces with friends, we could also see this easily becoming a fun open sandbox-like title where users can create things for use in an evolving world, much like Fantastic Contraption. However Google decides to update the game in the future, we’re sure it will be just as awesome and innovative as the current updates, and we’re excited to see what other features they can wow us with next.

Have you tried Tilt Brush? What do you think about the multiplayer update?

HTC Vive News
The Verge
You may also like