What do you get when you take one of the most popular platform genres and mix it with the capabilities of the HTC Vive? Well, it’s called XLR and it’s pretty great.

Developers Metaware are working on utilising the HTC Vive’s room-scale functionality to take the tower defense genre to the next level, coming up with some innovations made possible only by the underpinning hardware of the HTC Vive VR headset.

The concept of the traditional tower defense game is usually a top-down view with a trajectory from point A to point B, whereby obstacles must be placed to stop objects traversing that trajectory. Whilst XLR is built on this premise, the Developers wanted to take it further:

“Our initial thought was to give the player a game table where they can plan, build, and see an overview of everything happening, and then allow them to teleport down into first person mode”

The technique in which the player interacted with the towers and walls required constant refinement until they settled on a mechanic made possible only by VR and the room-scale offered by the HTC Vive.

“Then we tried a spherical portal into the game world. Something like what Saruman would have, except that in our version, you can literally step into it. The first time we walked into this portal and started building, we knew it was a winner. It just felt so good.”

Whilst VR is the underpinning of what XLR is, the developers were keen to make the room-scale VR more than just a gimmick and instead build it into an integral part of the experience. For example, in the game you start off as a crashed ship and as you are repairing it, you are attacked by organisms on the planet. There are nine different rooms you can teleport to inside the ship to prepare for the enemies, one of which is an armoury. All of this utilises the room-scale offered by the HTC Vive to truly deliver an immersive experience. 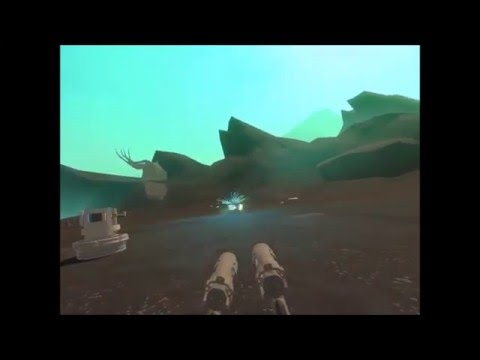 Metaverse are also experimenting with time-shifting in XLR, allowing for what they call “graviton star drive”, which allows you to slip through time and space. Currently though, the time-travel element is limited to fast-forwarding to the next wave of enemies, but the developers state they are currently playing with different time-based abilities.

XLR is in the early days of creation at the moment, and as such there is yet to be a release date confirmed, but it sounds pretty awesome. As mentioned, the developers are optimising XLR for use with the HTC Vive, but are hoping to bring it to the Oculus Rift too.