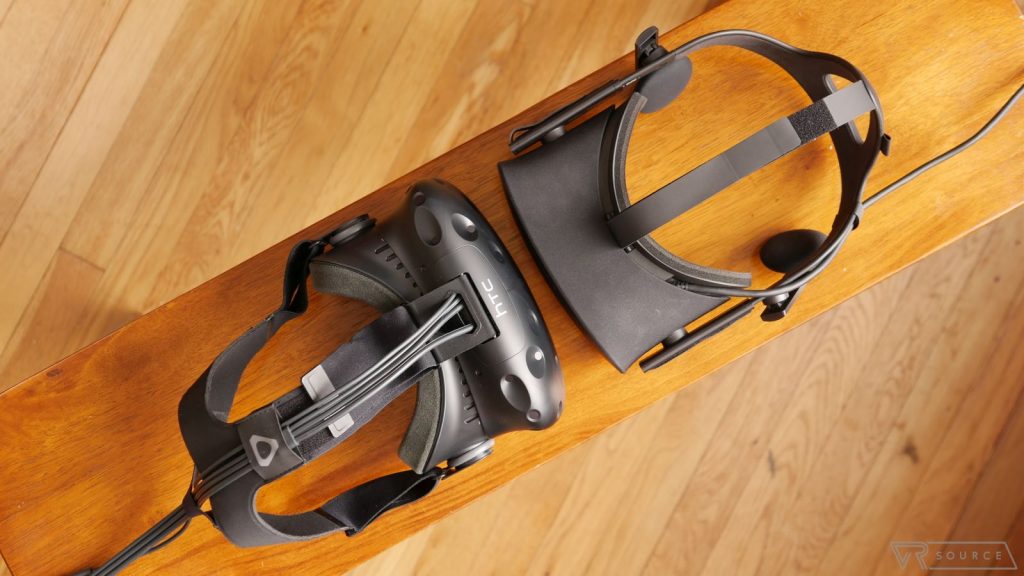 Racing games are an ideal fit for VR – everyone understands what it’s like the be behind the wheel of a car. There is also no need for movement as you’re sitting down, which means there is no need for room-scale, so you’re able to play in a small room or apartment. Not only that but who doesn’t want to experience the white-knuckle thrill of speeding around tight corners and long stretches of open roads without the risk of actually doing it? Racing isn’t limited to terrestrial vehicles as you know, there are also games that will let you pilot a spacecraft or a drone as you race around alien planets and the universe. Either way, you’ll have hours of action packed thrilling gameplay that’ll keep you wanting more!

There are countless VR racing games available for both the HTC Vive and Oculus Rift, but not every game immerses you in the life like thrill of racing around cars. The ones on this lengthy list of racing games include realistic racing games, space themed ones, and even more playful go-kart racing. That’s more than enough talking, let’s dive into the best VR racing games: The cars give you a sense of how rally cars handle, and just how hard it is to drive cars that are zipping around a track. Overall it’s one of the best driving experiences for a racing game, and one of the most realistic games available for VR headsets. The game is loosely based on old school video games like Wipeout, with a modern VR spin. The game looks and plays just like Wipeout, which is a boon for nostalgic fans. If you’re unsure of the game Redout’s based on, think about a futuristic pod racing game. There are dozens of different tracks that can induce vertigo as you’re zipping the winding tracks.

Redout manages to nail the feeling of going fast but also has tight controls. There are even weapons to help battle others you’re racing with. The online multiplayer allows you to race against friends or strangers around the world. All-in-all, Redout is a great, nostalgic, and futuristic feeling VR racer. Project Cars feels authentic and is one of the most beautiful games around for VR so far. I compare the game to the highly acclaimed Forza Motorsports on the Xbox. The game has hundreds of different tracks, hundreds of cars to pick from, and dynamic weather time. There is also pit stops, and one of a kind handling. The game also managed to give you the perception of high speeds of racing games don’t manage to mimic.

Hands down Project Cars is one of the best realistic racing VR games, which gives you the white-knuckle thrill you’ve been craving. There are hours and hours of gameplay, and in fact you could lose yourself in the game. Even with human life is gone, and robots inhabit our worlds there is still going to be racing. In the game, you’ll be racing drones in various landscapes. It’s been called as Mario Kart for the sky, but there is a downside. The controls are hard to master and can be confusing at first. The other issue some folks encounter is motion sickness, but if you’re not prone to it, you’ll be perfectly fine.

Other than the minor problems, which could stop some players from enjoying the game, it’s a well refined VR drone racing game. The game is still in early access so many of the problems could be fixed during development, and before their official launch. If you want a game that mimics Mario Karts, VR Karts is a match made in heaven. The game is family friendly, with graphics that look great even as they try to look playful. In the game, you’re able to customize karts that you can race around tracks with players from around the world. There are weapons and power-ups just like in Mario Kart, which can give an upper hand the game, or stop you from winning.

In the end, this is the best way to get someone acquainted with VR. Whether it’s your child or parent, they’ll understand the simplistic racing gaming, and along the way, they’ll have tons of fun. Radial-G is a futuristic space themed racing game with a small twist on average racers. Each of the tracks is anti-gravity tracks, which mean the cylindrical tracks allow you to move 360-degrees around. You can watch the video of gameplay to understand what I mean fully, but the tracks give a unique spin to a tired genre of space and racing. You’re able to race against others with their multiplayer functions and use weapons to get the upper hand against your opponents.

Overall, the biggest complaint about the game is how each track feels the same. They may have different designs, but they all follow the same theme. Some have compared the game to Wipeout, but it feels much different than the game. The most notable part of Space Ribbon is the crazy tracks that use a flying Panda or Tiger as a way to keep the tracks afloat in space. Beyond that, the game is a well designed racing game that happens to be set in space. There aren’t rockets or crazy space cars, but traditional cars that you can customize. The game doesn’t place you in the car but instead puts you in a third person view of the race where you can look around as you pass or are passed by opponents.

While the game isn’t as advanced as Project Cars or other games on the list, it still manages to have breathtaking scenery all around. Also, the game is only $10, making it a fun and inexpensive game for your VR headset. Faceted Flight lets you take control of a stunt plane in a stylized world. The thrill of the game happens when you’re racing around trying to stay within the rings to race against the clock or ghost ships. Either way, you’re having fun as you fly around the trails and look at the beautiful landscapes. A few players have complained about the controls being difficult to understand, but they say inverting the controls fix the problem. The plane you’re flying can fly upside down and do other tricks, which can cause some vertigo for some players.

Once you’ve corrected the controls and acquainted yourself with flying, you’ll have a blast! With the game only being $7, it’s one of the cheapest options for your VR headset.

Whether you’re racing off the road, on an alien planet, across the universe, or on an old school paved road you’ll always be on the end of your sets with these VR racing games. There’s beautiful scenery, realistic game play, and playful versions of racing games. Most of the games are available for both the HTC Vive and Oculus Rift with prices range from as little as $7 to as much as $59.99.

If you have a VR racing game that you think should have made a lengthy list tell us in the comments below. Also, tell us which game looks the best!

Roblox Is Getting Its First Line of Hearing Aids from Soundly